Millions of Americans are still out of work, many because of restrictions put in place months ago in response to COVID-19. Families have had to cut back to make their money go further and that includes what they can spend on groceries. The people who work in grocery stores in cities and towns across America see this day in and day out, and in the Southeast part of the country they came together to do something about it.

Southeastern Grocers (SEG) is the parent company of several local grocery stores that have been serving families from North Carolina to Louisiana for generations. Looking to help their customers through this tough time, company representatives travelled to The Coca-Cola Company’s Atlanta headquarters to brainstorm how they could help families with their meals.

Southeastern and Coca-Cola already had been working on charitable efforts in their communities but wanted to come up with a new way for the entire community to easily lend a hand to their neighbors.

“When we started to think through what’s important to both of our organizations, which is serving our communities, we started to think about how we could marry together the ideas of refreshing the world and making a difference,” said Michael Pelletier, Coca-Cola North America’s senior shopper marketing manager.

During their talks, Southeastern and Coca-Cola realized they both had been working with Feeding America, a non-profit organization with a national network of 200 food banks.  That’s when the idea struck – why not cover the cost for a full meal at local food banks for every hot meal combination a customer buys at a Southeastern store. The idea sounded great and from there, the Share a Meal program was born as yet another great example of how America’s beverage companies are stepping up within their communities to help make sure children and families have enough to eat. 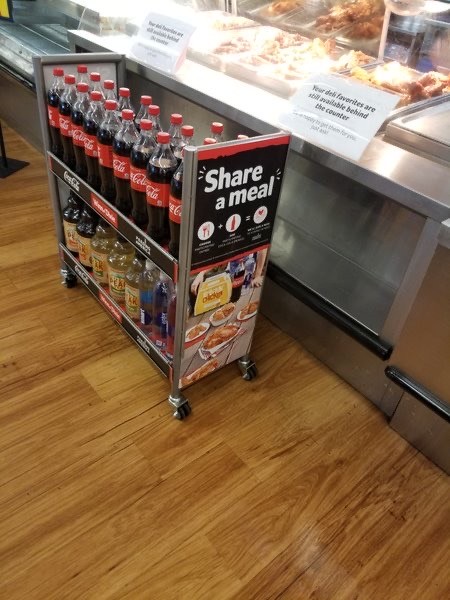 The promotion allows local families across the region to know they’re giving a family in their area a meal when they buy a hot meal for themselves while shopping at their neighborhood BI-LO, Fresco y Mas, Harveys Supermarket or Winn-Dixie.

Launched last month, the meals are funded by The Coca-Cola Company and Southeast Grocers; Feeding America deploys the meal donation through its network of food banks in the Southeast to ensure donations go to families in a store’s immediate area. 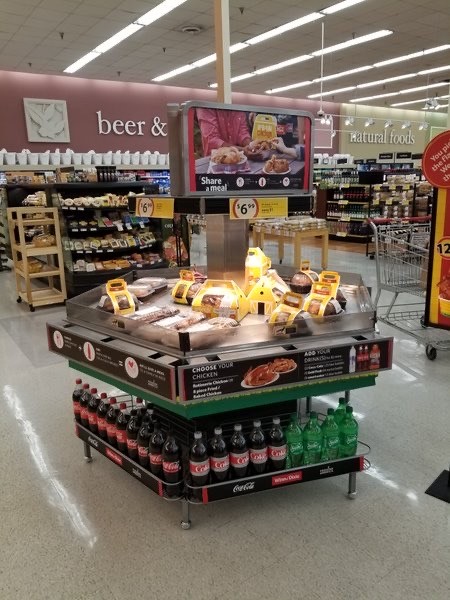 The program is another tool for the community organizations that are working every day to keep up with the increased need for food assistance in communities during these unprecedented times.

Claire Babineaux-Fontenot, chief executive of Feeding America, says programs like Share a Meal are critical to dealing with “a decline in food donations, volunteers and other resources.”  Now, thanks to this public-private partnership, shoppers across the Southeast can break bread with their families while knowing they have helped to make a difference in the lives of their neighbors.

“Our customers will now proudly be able to have a meal donated on their behalf with each participating purchase,” he said. “We are stronger together.”