Dr. Olajide Williams, a neurologist and medical professor at Columbia University, was paying close attention to the news reports in March about a flu-like virus infecting people in China’s Wuhan province.

As president of Hip Hop Public Health in New York, Willliams’ group had for years been teaching positive health behavior through the power of hip hop music. He felt the virus could be a life-changing event globally and that hip-hop artists could quickly educate young people on how to avoid infection.

“Communication is critical,” Williams told Black Enterprise. “And making sure that we embrace mediums that speak to people and that we embrace platforms that connect with people is a key ingredient for successful public health messaging.”

Hip Hop Public Health is a longtime partner of the beverage industry and has worked with some of the best writers and musicians in hip hop to help youths learn how to make healthier choices through their music.

Americans were being told that washing their hands could make a significant dent in the virus spread. Williams wanted to take this message to another level in a way that would resonate in urban communities, especially places where minorities were being disproportionally impacted by the virus.

Williams contacted multi-platinum producer Artie Green to get a science-based message across by leveraging music’s powerful effects on brain function. In his home studio, and working remotely with others, Green penned “20 Seconds or More,” a song that emphasizes the simple act of handwashing as a way to save lives.

Williams and Green enlisted the help of Hip Hop Public Heath Founding Artist Doug E. Fresh, who reached out to other artists and celebrities and asked them to help turn the song into a music video.

"We wanted to create the 'We are the World' of washing hands to show that a basic thing that you do [washing your hands] can have impact on the world," Doug E. Fresh told Black Enterprise. "So, it was important to create this big rainbow of people from all over different walks of life to hit everybody." 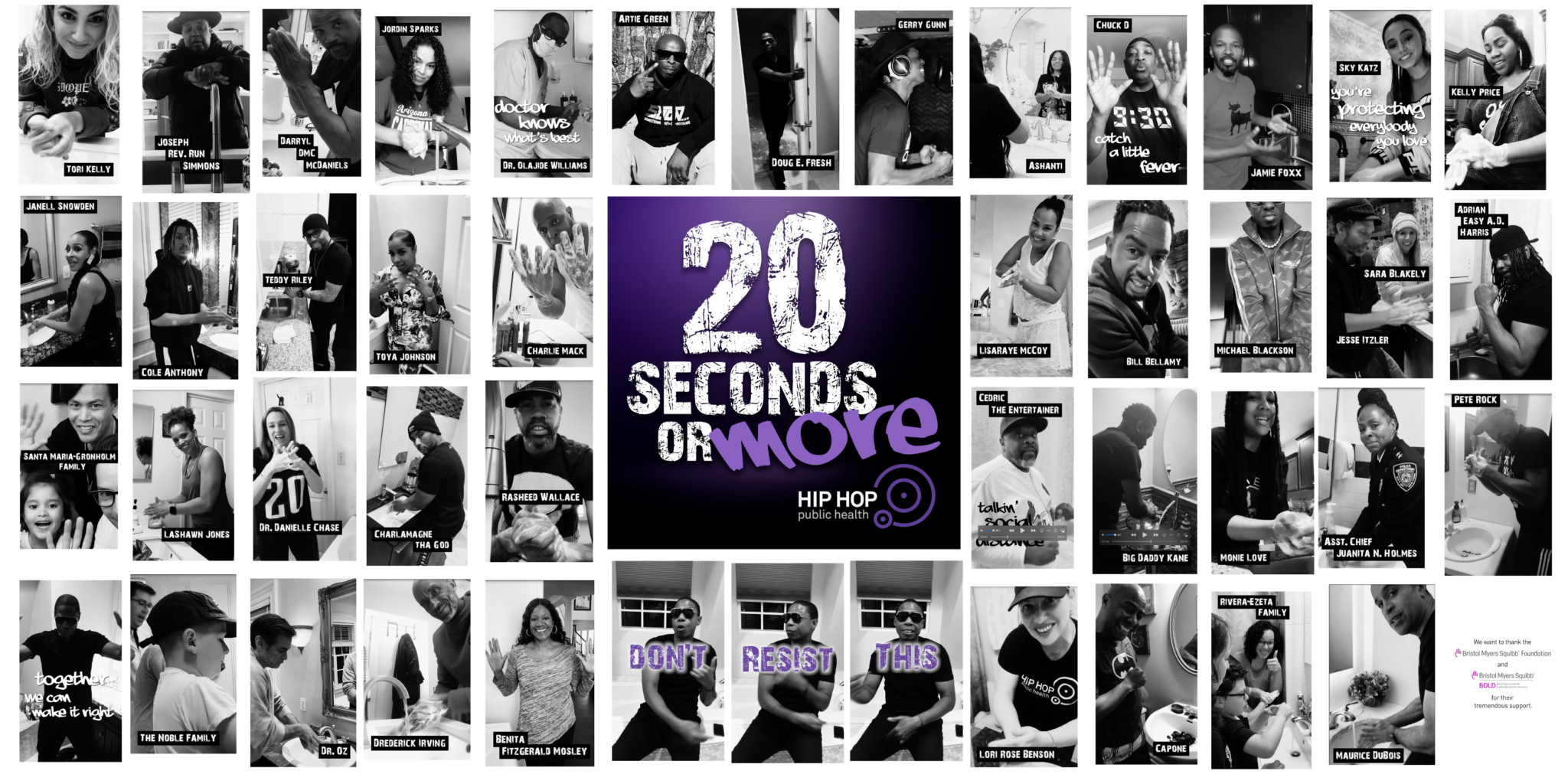 “I didn’t know the magnitude of it [coronavirus] and every time I talked to the doctor [Williams], he tells me more and more about how many people are suffering. People need to know that this one simple thing you do, washing your hands, for 20 seconds or more can change or save a life.”

The video was being heard nationwide by April and is estimated to have more than 110 million impressions and nearly half a million views to date. Hip Hop Public Health has gone on to create a Spanish version of the song, “20 Segundos o Más,” and “Behind the Mask,” which together have reached more thanr 350 million people worldwide.

“We have received so many videos, from India to New Jersey, of people recreating ‘20 Seconds or More’ at home and dozens of school districts across the country have reached out to find ways to use these videos with their students,” said Hip Hop Public Health Executive Director Lori Rose Benson.

Williams said this is how public health messages need to be done when it comes to messaging campaigns in the Black community.

“We have to speak the language that they can relate to, especially when you’re dealing with the youth,” he said.