Feeding Our Communities from Coast to Coast

Beverage companies pitch in with food pantries to help jobless.

In communities large and small, people who fall on hard times often turn to their neighborhood food pantries for help with groceries. Many of the foods and beverages at food banks are donated and those working there are often volunteers.

So when the coronavirus struck, these food banks and their staff saw an enormous increase in lines outside their doors as businesses closed and millions of Americans found themselves out of work. From Minnesota to Georgia, and throughout the country, beverage bottlers have responded to help meet their communities’ needs.

In Minnesota, beverage and food distributor Bernick’s saw what was happening in its hometowns. A family-owned business going back five generations, Bernick’s employees have longstanding relationships in the Twin Cities and beyond. They quickly contacted charitable groups to see what they could do. 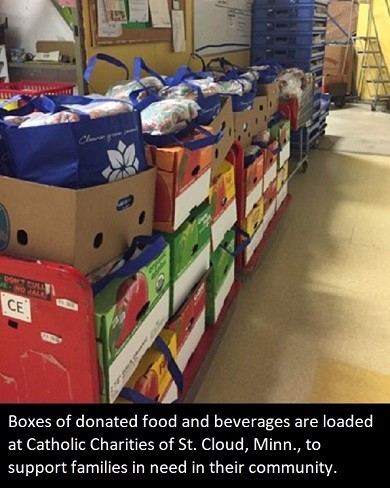 One was Catholic Charities of St. Cloud, located in this hard-working city along the Mississippi River where Charles A. Bernick and his wife, Elizabeth, bought a tiny soda pop bottling operation in 1916 to start their business. The charity routinely helps families across central Minnesota with free meals but needed to hasten deliveries to people most at risk for the coronavirus so those folks could remain safely at home.

“We are just trying to meet the needs of these people,” said Bobbie Mattison of Catholic Charities. “As soon as people lose the additional dollars from employment, we are going to see people desperate for food, shelter and clothing, so we are really ramping up to meet those needs.”

She anticipated that their usual distribution of 54,000 meals a year could rise to more than 150,000 because of the need brought on by the virus.

That’s what made Bernick’s donation of more than 7,000 pounds of food and a variety of beverages important. Bernick’s also worked with other organizations, such as the St. Cloud Salvation Army, to provide donated beverages in support of their larger efforts to provide free meals to people throughout the region.

“The whole Bernick family takes community and giving back seriously,” Mattison said. “I have never seen people respond to a need and come together so quickly.” 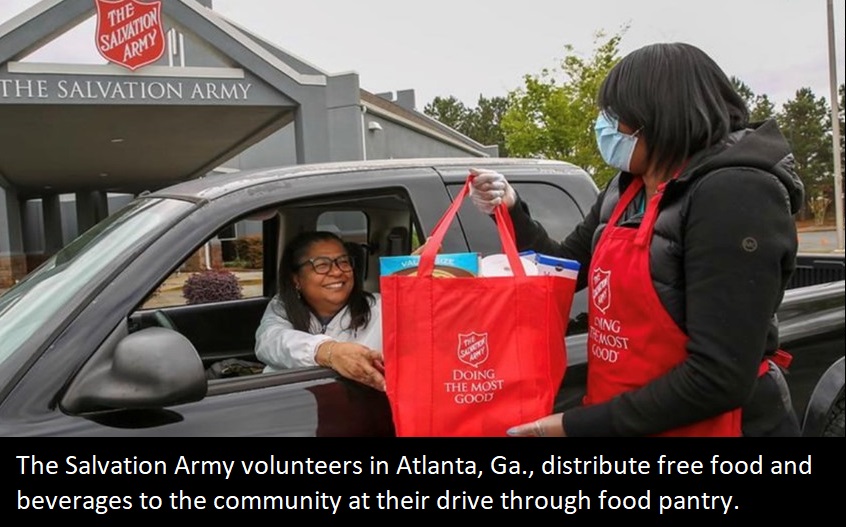 Charitable organizations throughout the country have deep roots with the beverage industry, especially when it comes to their core mission of taking care of children. The Coca-Cola Company, Keurig Dr Pepper and PepsiCo have all been ramping up donations to national organizations such as No Kid Hungry, The Salvation Army and United Way.

Beverage bottlers can be found in all regions of the country; some have even been local businesses in, and members of, their communities for more than a century.

Coca-Cola Bottling Company United was founded in Birmingham, Ala., in 1902. Their employees can be found in communities across the Southeast, including Coca-Cola’s home state of Georgia.

Their roots run deep, and everyone feels it when the people of their community are suffering.

As Coca-Cola United’s Carl Hill, director of multicultural and community affairs, put it, “During this time, everyone has really banded together. We all want to take care of our community.” 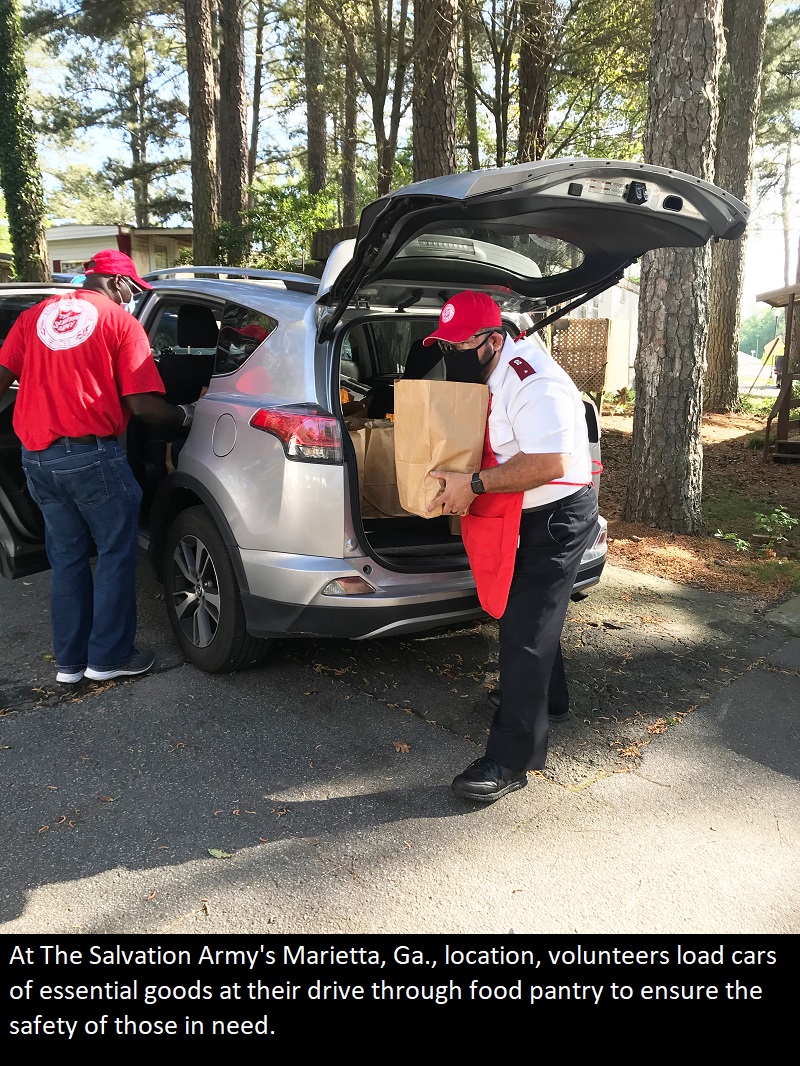 Coca-Cola United has been donating beverages for the thousands of people being helped by The Salvation Army staffers, more than 1,000 cases and counting. The bottler has also been making similar donations to the city’s Atlanta Community Food Bank and PawKids, which has turned their children’s programming space into a food pantry for their community.

“In times of disaster, The Salvation Army’s immediate response centers around providing food and hydration, as well as spiritual and emotional care, to those affected,” said Nichole Owens of The Salvation Army. “We are absolutely grateful for all the support to help us meet the needs of our community.”