Washing our hands often is one of the simplest of ways to lessen the spread of the coronavirus, says the CDC. That can be a challenge for communities that don’t have ready access to running water.

Many Navajos live in areas of Arizona and New Mexico where water is trucked to their towns and some homes don’t have access to running water. Several towns are seeing a shortage of water and experiencing delays in deliveries.

Beverage companies, which deliver products to stores throughout Navajo Nation, got wind of the problem and quickly connected with tribal elders and the governors of the two states, who were worried the situation could become a crisis.

This week, trucks from Coca-Cola bottlers and Pepsi Beverages Company rolled into warehouses with donations of hundreds of pallets of bottled water for the Navajos. 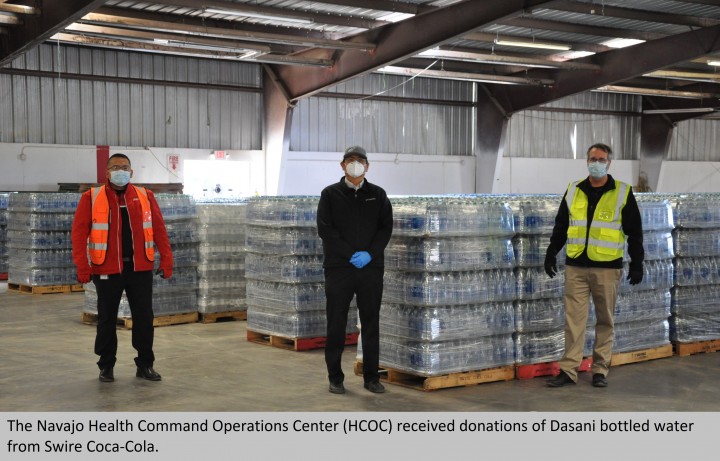 Arizona Gov. Doug Ducey said he was grateful for the two truckloads of donated Dasani water that were delivered Wednesday by Swire Coca-Cola to Nakai Hall at the Window Rock Fairgrounds. Navajo Nation President Jonathan Nez said the donations and the speed with which they arrived was much appreciated.

“The Navajo Nation is very thankful for the coordination of Governor Ducey and Swire Coca-Cola to contribute bottled water for our Navajo people,” Nez said. 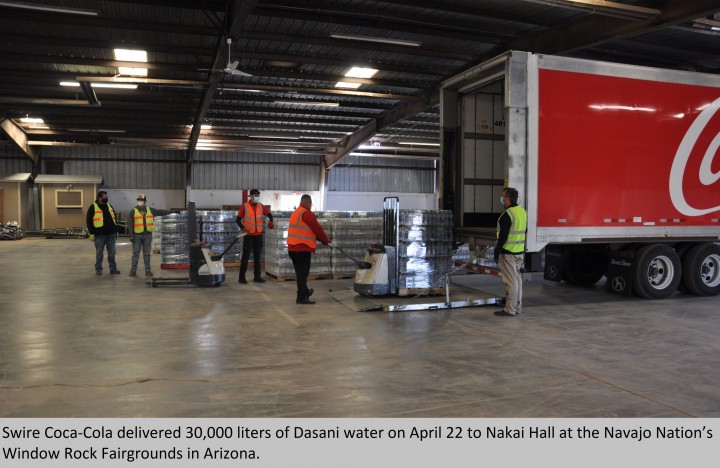 “It’s through great partnerships such as this, that we will overcome COVID-19. We are stronger and more resilient when we unite and work together.”

Next door in New Mexico, beverage company drivers arrived with more than 56,000 bottles of donated water in the Navajo communities of Sheep Springs and Thoreau.

Swire Coca-Cola said they were proud to work with Durango Coca-Cola “to support the communities we serve in good times and in tough ones.”

“We thank everyone out there who feed us, care for us and keep us safe,” said Roger White, division vice president for Northern Arizona at Swire. “Together we can unite for a common good and inspire each other. We look forward to the day when we can come together again.”

“The serious situation we are in requires everyone to work towards the same goal: to help the people of the Navajo Nation,” said Shawn Early, GM Sr. Market Director, PepsiCo Beverages North America.

“Team members from PepsiCo Beverages North America were eager to step-in to help our neighbors by providing essential products to offer relief during these trying times.” 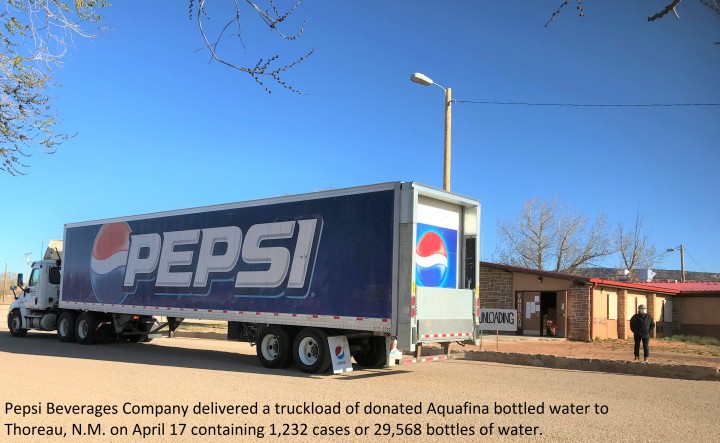 Meredith Mapel, president and CEO of Coca-Cola Durango, agreed that it’s all about people taking care of each other.

"We're just happy that we can help out the communities that we are working in every day. We all have to work together to get through a time like this," Mapel said. 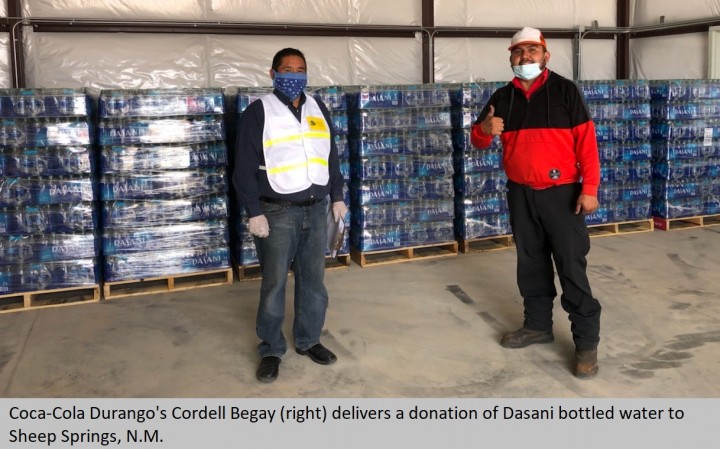