Since its inception in 1919, the American Beverage Association (ABA) has served its member companies in navigating the maze of issues affecting the non-alcoholic beverage industry. Communicating these issues to member companies has always been a priority for the association, and throughout the 20th century it produced two regular publications to do so: NSDA Dateline and the NSDA Quarterly.

ABA, known as the National Soft Drink Association at that time, published its first feature magazine - the NSDA quarterly - in 1978. The NSDA Quarterly communicated to member companies what the association was doing to address the issues of the day, which included bottle bills, ingredient issues and nutrition. Below are some examples of NSDA Quarterly covers. 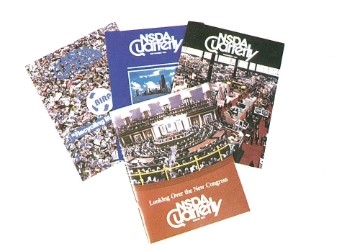 Long before the first NSDA Quarterly was published, the association began putting out a bi-weekly newsletter. Orginally called the Bulletin, its name was eventually changed to NSDA Dateline. The photo below shows examples of the newsletter, which gave members updates on legislative issues on Capitol Hill and in statehouses across the country, as well as calls to action on industrywide initiatives. 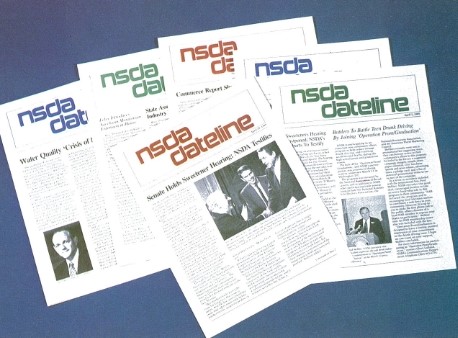 The way ABA communicates to its member companies and the public has changed a lot since the 1970s. These days, its less about newsletters and magazines and more about email blasts, social media content and blog posts. Our increasingly digital world has changed how we share information, but our commitment to communicating consistently and clearly with our member companies has never been stronger.